Recent Water Damage Before & After Photos

Wood and water don't mix, but SERVPRO can help 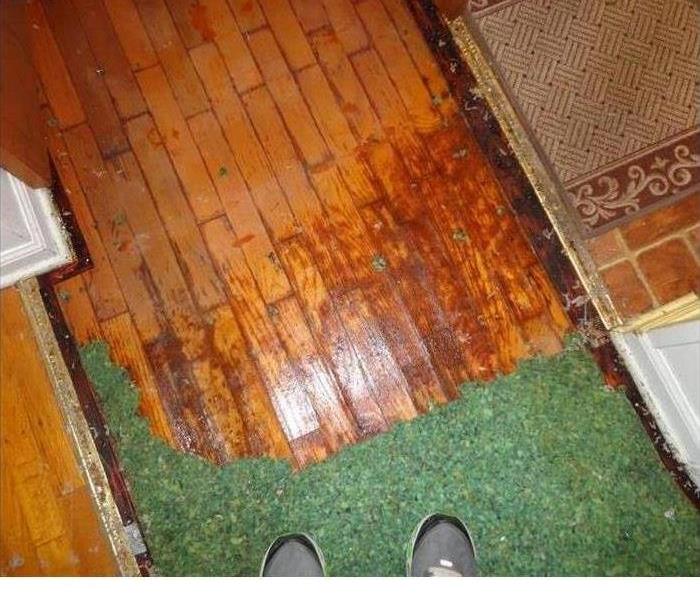 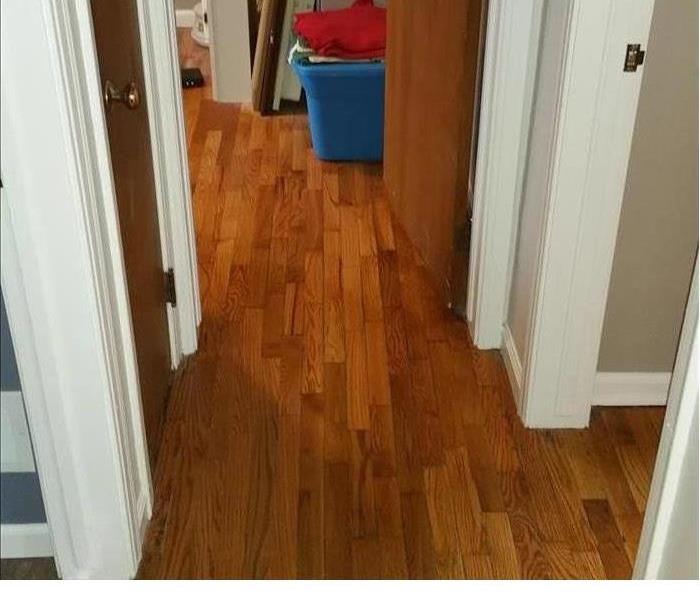 A newlywed couple had recently purchased a historical home. During a heavy storm, the older roof had leaked and put a significant amount Of water onto the hard... READ MORE 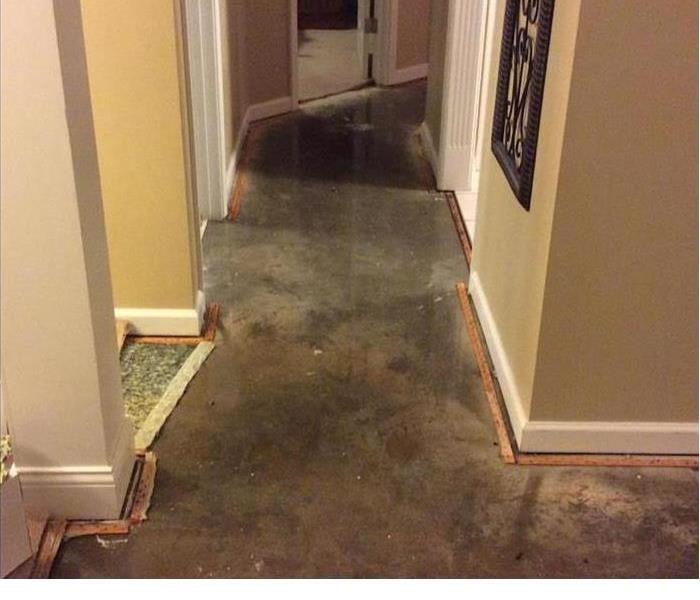 These photos show a loss that was caused by a major leak in a toilet supply line causing water to back up into much of the house. The water sat for a couple of ... READ MORE 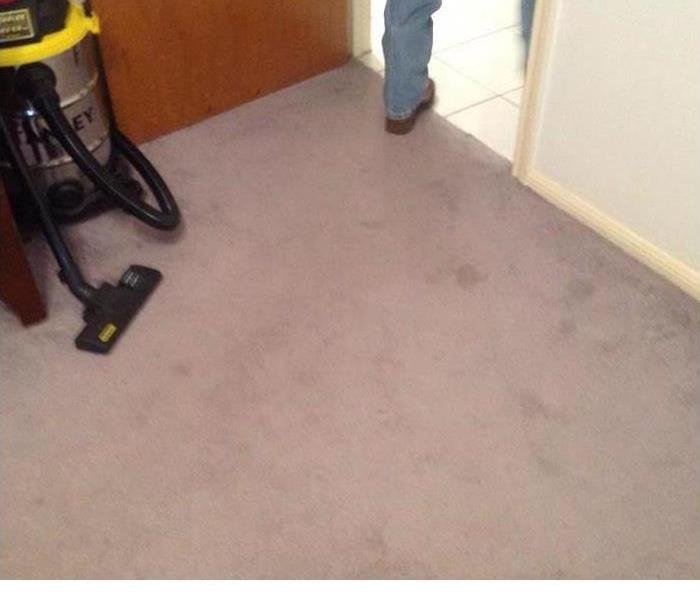 Storm damage can create havoc in a home. Not only is there potential wind damage but water damage as well. In these pictures shown, it appears that just by step... READ MORE

Here at SERVPRO of South Elkhart County the majority of our calls are water related. Each job has its own special details on how the water caused the damage and... READ MORE This couple had a water damage in the upstairs bathroom which resulted in hard water stains throughout the bedroom and hallway. SERVPRO of SOUTH ELKHART COUNTY ... READ MORE 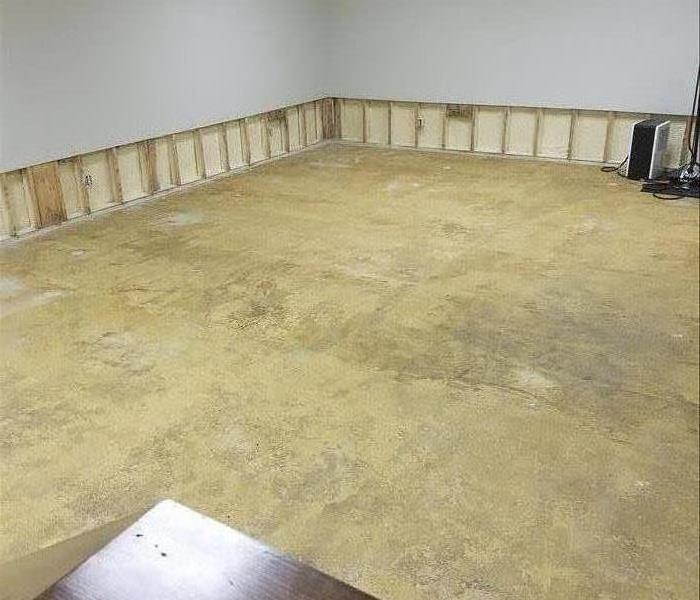 A couple had a water loss in their basement golf driving range. They decided not to re-finish the room for now. SERVPRO of SOUTH ELKHART COUNTY Professionals id... READ MORE 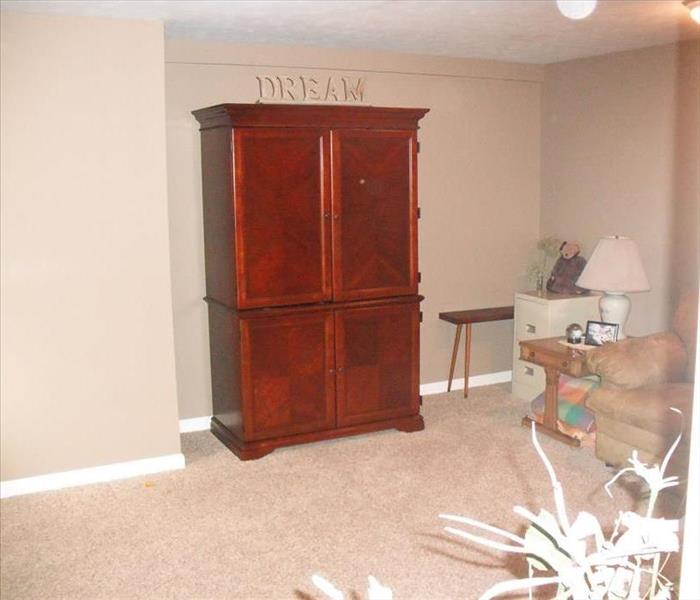 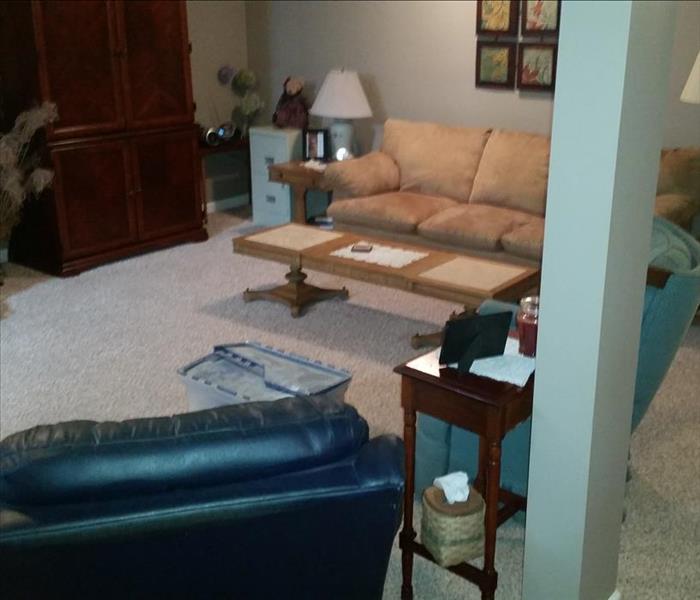 A couple from Goshen had water come into their basement from a broken outside water spicket. SERVPRO of SOUTH ELKHART COUNTY Professionals identify the source a... READ MORE